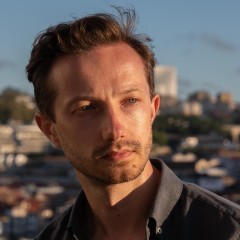 My musings and ponderings about devops and technology.

I was fortunate to attend my first DevOpsDays conference in Ghent, Belgium this year. 2014 marks the fifth anniversary of devops, but, in case this is not special enough, Ghent is the place, where the conference started in 2009. So returning there for the 5 year anniversary makes total sense!

I was travelling with a colleague and for someone, who's never been to Ghent before, arriving there on a Sunday night and finding the city as beatiful as Ghent is is more than one could ask for. Ghent is quite compact and has well-preserved city centre with gothic architecture - the remnants of the past glory (it once was among the biggest cities in Europe).

Both days were split in two parts: 30 minutes talks in the morning and ignites and open spaces in the afternoon. I was a little bit surpised there was no parallel track, and all speakers took the same stage. That's cool, but I admit I enjoy the challenge of choice now and then.

After getting a breakfast and a certificate of devops everyone got themselves seated in the main auditorium for the intros and the first round of speakers. I will cover the talks I have enjoyed the most.

Bridget Kromhout wasn't the first one on stage, but she definitely got the room listening. I didn't know about Bridget before the conference and wasn't sure, what to expect from her talk titled "Ceci N'est Pas #devops". It can be translated as "This is not #devops" and was heavily influenced by art of René Magritte. Definitely not the usual kind of presentation, very meta, with twitter references and bridging Mark Burgess with Magritte.

Lindsay Holmwood gave a talk about monitoring with "what got us here won't get us there" as the key message. Many things have changed in the monitoring world over the last five years. We are getting more away from #monitoringsucks and closer to #monitoringlove, but still have a long way to go. There is a book he recommends called The Elements of Graphing Data, which I have added to my neverending list of books-to-read. The final wisdom of the talk was that "monitoring is like a joke. If you have to explain it, it's not that good".

The second day's highlights include Dave Zwieback sharing, how the company he currently works for is being run. Instead of employing the Taylorist practices assuming workers are lazy and unmotivated, they gave this up in favour of self-organization / self-management. He also touched on the concept of Service-profit chain without actually naming it, which I thought was brilliant. In short, this concept links employee engagement with customer engagement and profitability as a result. There's not that many slides, the presentation is mostly Dave talking, so I recommend watching the video.

The most captivating talk award goes to Brian Troutwine this time. He was talking about complex systems that fail accompanied by real life examples. He described two scenarios: Apollo 13 incident & Chernobyl power station disaster. The biggest differentiator in these two situations was the way the humans were supposed to interact with the system. The americans chose to let the computers navigate the space craft under known circumstances with possibility of manual override, if needed. Soviets, on the other hand, not trusting their people, made every attempt to minimize human involvement should an incident happen. I think you know, how each of these two ended.

I would like to end this post by acknowledging the work the organizers have done to bring so many great people together. Well done! And thank you Patrick!